CommCreative’s very own Creative Director, Carter Kasdon, sits down with the Founder/Executive Producer of Bucko Production Partners, Jim Buckley, to discuss the industry-wide rule of staying away from working with kids and pets. Learn about the...
07/23/2021

CommCreative’s very own Creative Director, Carter Kasdon, sits down with the Founder/Executive Producer of Bucko Production Partners, Jim Buckley, to discuss the industry-wide rule of staying away from working with kids and pets. Learn about the tricks of the trade, challenges and, of course, all the fun that happens on set.

We have created some great spots with both kids and pets. Which is easier to work with?

Kids may be a little bit easier. I’ve worked with non-actor kids before, and we can get a performance out of them if we make the set entertaining. The average house pet, on the other hand, would be a lot harder to work with.

For example, with Floor Trader, we were playing catch and could create a fun moment. With pets, they either do it, or they don’t.

Do you remember the challenges we had with our first spot for Flooring America and our approach to capturing the tug of war scene?

Yes, I remember this. The actor played tug of war with the director to capture our close-up shots. We were able to edit the spot to make it appear as though the actor and the dog played tug of war. It would have been great to get more, but that’s one of the challenges with animals—you never know.

What is it like finding animal talent and auditioning them?

It is practically the same way we audition people, but we often go to one trainer with multiple animals. We tell the trainer the type of performance we’re looking for, and they will try to get a video of that. For example, we needed a dog to dig for a Carpet One spot, so we went to one dog trainer with tons of animals, and 10 of them auditioned for the digging part through video submissions.

In their audition videos, you can tell which dogs are more natural with digging. We ended up with Donuts because we loved his scruffy look. After we have a dog do the same task repeatedly, they can get tired and will be finished for the day. Sometimes giving them a break helps, but it doesn’t always work. If you have a nice budget, you can hire two dogs. One dog can be on standby and fresh for when dog number one checks out.

How are the animals treated during filming?

Everyone on production is working to make the animals feel as comfortable as possible to get the best performance. We had a great experience with this dog Lemmy, who is now the Carpet One spokesdog. Lemmy had to be transported from LA because he’s a great talent and getting lots of work, which, of course, means we were paying top dollar for him.

They bought two seats for him on the plane, so he had a row to himself for comfortable lounging. Plus, they have a nice cargo van to transport him in, so he’s not cramped in a small vehicle. They also rented an Airbnb where there was enough space for him to hang out, plus a yard where he could comfortably do his business.

All of this is to say that the goal is to keep our animal talent as comfortable as possible, so it is effortless for them to perform the day of filming. 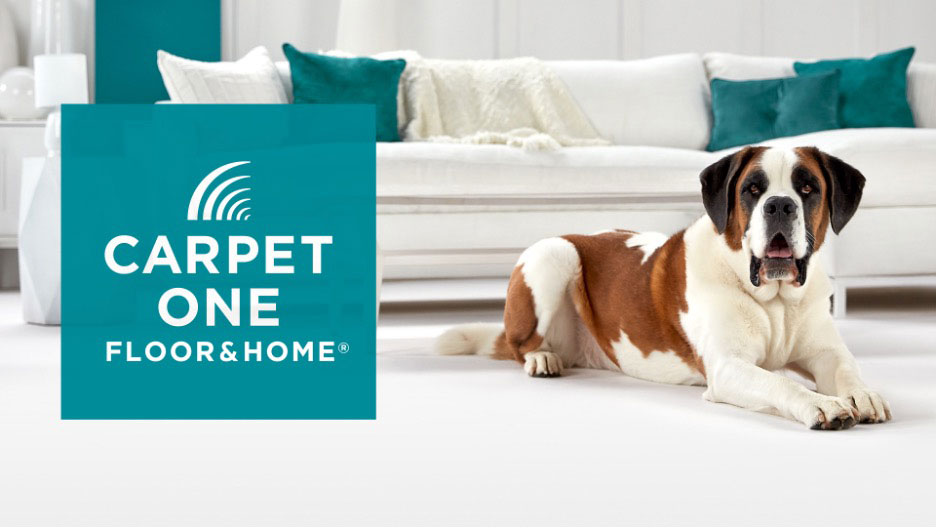 Before shooting these spots with animals eating and drinking, I hadn’t thought about dietary concerns or tricks to get them to eat. Can you talk a bit about these tricks?

In a Flooring America spot, we had this dog Toby eating a meatball off the floor after a kid had dropped it. We made something dog-safe and added a little chicken broth to make it a little more enticing. We also scheduled to film it at the end of the day to sync up with Toby’s feeding time since this dog happened to be small. We needed to make sure he was really hungry. He ended up loving the meatballs, so I honestly think he could have just kept eating them.

We also did something similar with the Carpet One spokesdog, Lemmy. We mixed chicken broth into Lemmy’s water bowl, which he was really into, allowing us to get the shot of him messily drinking his water.

Which is harder to work with, cats or dogs?

Cats are more challenging because they’re a little bit more unpredictable. We’ve worked with only one cat for Flooring America, and we just barely got what we needed. We also had a backup cat just in case. You never really know what they will do.

What are the similarities and differences between working with animals and kids?

A significant similarity is that I get the best performances when we’re having fun. A key difference is that when animals get tired or they’re not into it, it’s kind of over. You can try to give them a break, but they often don’t come back. Kids are more resilient after a break, and usually, we can get them back into it. Bribing is also a good tactic for kids, using, for example, Apple Jacks®, a little playtime, and sometimes mom can help us out.

See the finished product of many of these pet- and kid-filled spots by visiting the Creative section of our website.